Over the summer we took our three kids, ages 8, 12, and 15, on a thirteen day adventure to London and Paris. Our first international travel with our family of five!  We had some set goals in mind, mainly Budget-friendly sightseeing (not always easy in London) and to live like the locals when possible. From previous travel experience, we knew that the latter was made easiest by staying in the neighborhoods, so we searched Airbnb and found accommodations that made our trip the most comfortable home(s) away from home! (If you want to check out the flats we rented, I’ve listed them here London Dreams Come True.) We also knew that we had two kids who were all about the adventure and one whose walking shoes were on a limited time frame, the plans had to be accommodating across the ages.

To help the budget we opted to stick with public transportation and made good use of the underground and buses, and LOTS of walking. Some advice I had gotten from a friend (and many of the blogs I found while researching our trip) was to pre-purchase the London Pass with Oyster Cards.  Oyster Cards are cards you use for transportation at the underground stations, bus stations and some train stations. We landed on Saturday morning and had our Oyster Cards in hand and ready to jump on the Underground to find our Airbnb.  Super convenient!

The London Pass was a great way to keep us focused on the highlights. Our first 5 days were in London, and so we decided that would be our London Pass days.. we bought the 3 Day package for all 5 of us. This cost us $725 USD, and included 25 (pounds) Oyster Cards for 2 adults and 2 older kids, thus giving us funds for using the underground (subway) and buses. Charges vary for children ages, so it pays to be younger in this case! Our plan was to start our London Pass adventure Sunday since the Pass began with the first engagement..meaning once we started using it we had 3 consecutive days to explore with it, after which it was void. We used Saturday to get acclimated in our flat, grabbed lunch at a nearby restaurant and took the underground into Central London to visit the Borough Market. It was a great start to our vacay.

Making the most of our London Passes over the next 3 days:

We missed doing these adventures (due to timing really):

Along the way things we saw that were free and made for good memories!

Countless photo opportunities were around every corner! We actually saw a wedding party step out of a church on the river bank and my oldest asked ‘does everyone look like models here?!’.  The scene was very movie worthy.  Unfortunately, Big Ben was under construction with lots of scaffolding blocking the view. We were near the Houses of Parliament on several occasions.. no takers on venturing inside.  I had hoped to catch a ride in one of the iconic black taxis, but with 5 people we would need 2 taxis and that meant we were split up. No one else seemed worried over it, so we didn’t hail a taxi. But we did use the underground for every destination for our first 5 days in London (other than to Windsor, where we took the train from the Paddington Station). We felt safe, and the maps were very easy to navigate.

Some of our favorite memories using the London Pass: 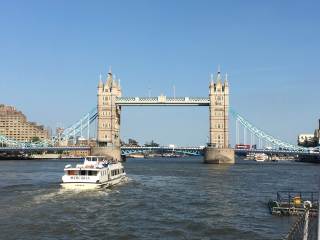